A downloadable game for Windows, macOS, and Linux

EARLY ACCESS: THIS EARLY ACCESS GAME IS NOT FINISHED AND WILL HAVE FREQUENT UPDATES UNTIL IT IS COMPLETE. GET INSTANT ACCESS NOW AND GET INVOLVED AS IT DEVELOPS.

Gravity Ace is a 2D multi-directional gravity shooter (cave-flyer). It's a love letter to Thrust and Gravitar and all of the amazing games they inspired.

Descend into dark caverns, fly and blast your way past enemies, retrieve the reactor core and make your escape, all while fighting the deadly embrace of crushing gravity.

Do you have what it takes, pilot?

You are the Pilot, a volunteer in the United Earth Navy, assigned to the U.E.N. Hornet, a new ship with an experimental engine that allows it to warp behind enemy lines. Launching your small fighter craft from the Hornet, your mission is to sabotage the enemy by raiding their bases and disrupting their power supply network made up of reactor cores connected through hyperspace.

There are plenty of enemies and they are out to get you. Fly, fight, and maneuver through dangerous enemy bases and intense gravitational fields. The core game includes a 24 mission single-player campaign and a level editor for creating your own scenarios.

Your ship is powerful but has a limited fuel supply. You'll need to scavenge fuel from the enemy to survive. Fuel management requires careful maneuvering and using momentum to conserve enough fuel to escape the gravity well.

Everything that moves is part of the physics simulation. Momentum and velocity can be your best friend or your worst enemy. Use your tractor beam to steal the reactor core, rescue astronauts, or hurl nearby asteroids!

Your ship is equipped with a powerful tractor beam for carrying large objects. The objective of each mission is to extract the enemy reactor core in one piece. Secondary objectives include destroying all enemy units and rescuing astronauts. Be careful -- the reactor core is heavy and fragile!

All of the levels included with Gravity Ace were made with the built-in level editor. You can make your own campaigns, stories, and challenges. And during Early Access, we're adding the ability to share levels with the community.

Gravity Ace includes an original soundtrack with 20 minutes of music.

This is a game in progress and you can help shape it! The current game is fully playable with a 24 mission main campaign, fully integrated level editor, highly polished art and sound, and a great soundtrack. But it isn't done yet! I want Gravity Ace to be a satisfying and rewarding experience for new players and fans of the amazing classic arcade games it's based on. Community feedback has been vital during the development process. I'm looking forward to expanding the community through Early Access and using your feedback to shape and balance Gravity Ace so that it's as fun and polished as it can possibly be.

During the Early Access period, I plan to add new enemies, bosses, more levels and campaigns, fix bugs, and add a local multiplayer mode for player-vs-player battles. A major component of Gravity Ace is the built-in level editor. The editor is very robust and allows anyone to make levels just like the ones included with the game. I plan to enhance that by allowing players to share levels and entire campaigns with one another through a central hub. The plan is that you'll be able to play other players' shared campaigns which will add a continuous stream of new content for you to enjoy.

Gravity Ace is expected to be in Early Access for 6-12 months. The price will increase slightly after the Early Access period is complete.

In order to download this game you must purchase it at or above the minimum price of $14.99 USD. You will get access to the following files: 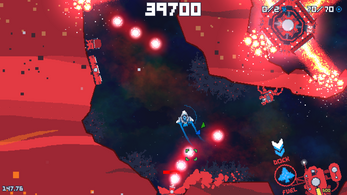 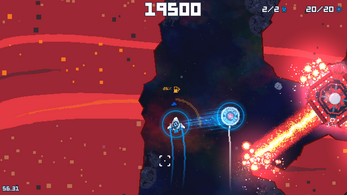 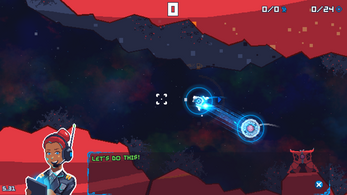 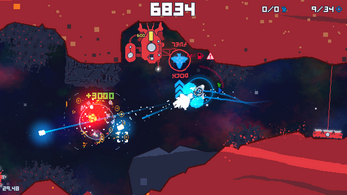 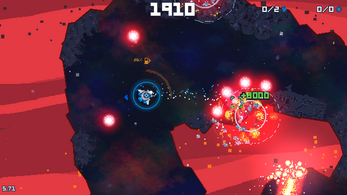 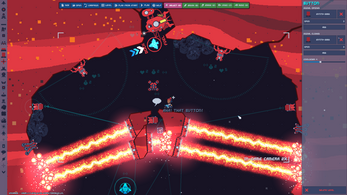 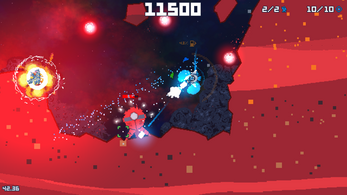 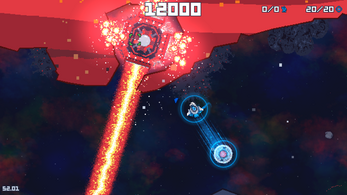 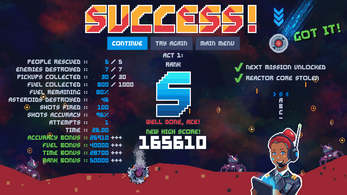